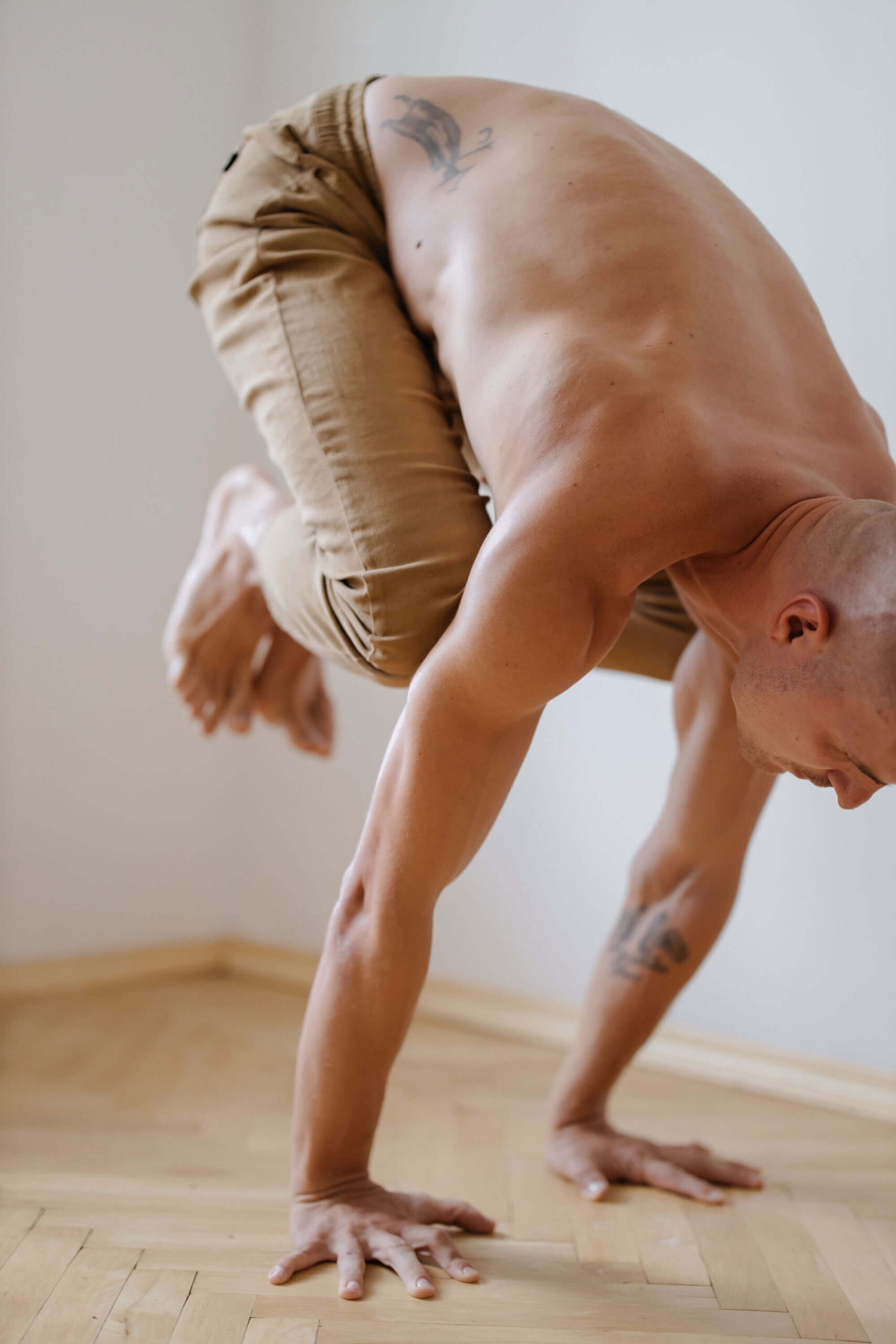 Let’s face it, yoga may not seem like the most macho activity at first. But, when you look more closely at it, you’ll see that nothing could be less accurate.

More guys realize this, and as a result, more American men are now swarming to the yoga mats. In the past, it seemed that only women dared to practice yoga. The irony is that women weren’t even permitted to do yoga until recently in India, where yoga is believed to have its roots. And even then, there are still limitations in place for women practicing yoga.

Currently, men comprise 25 percent of America’s 17 million yoga practitioners. And this number is continuously rising. Perhaps it’s because many prominent men from many walks of life attest to the effectiveness of yoga and actively promote its practice.

For example, men such as Russell Simmons, Sting, Quincy Jones, and Woody Harrelson are all reported to practice yoga. They are an inspiration for others who are now following suit. Other notable yoga practitioners are the Chicago Bulls and Los Angeles Lakers teams under the guidance of Phil Jackson. The yoga practice of the Bulls team resulted in them winning three championships. While the Lakers’ practice led to them winning their first title in 12 years back in 2000. So it had to have been successful.

Now the majority of guys who practice yoga tend to prefer the faster-paced, more athletic styles of yoga like Vinyasa and Ashtanga. However, some prefer Sun Salutations, a basic but effective sequence typical of the Sivananda yoga style. After trying a routine like this, along with some balancing poses, many men realize how strenuous yoga practice can be. They begin to see that holding the poses builds strength. While it may not be the brute strength of a powerlifter, yoga builds strength similar to that of a skilled martial artist.

Eddie George of the Tennessee Titans, Shannon Sharpe of the Denver Broncos, Barry Zito of the Oakland Athletics, Kevin Garnett of the NBA, Ty Tyron, and David Duval of the PGA have all attested to this fact at various points in their professional careers.

In any case, guys are discovering yoga nearly every day as “the” form of exercise to follow—sometimes solely, and sometimes in conjunction with other, more conventional fitness regimes.

Guys, if you’re still not sure that this isn’t just a “girl’s workout,” try typing one of the following into your preferred search engine: The wheel, four-legged, or peacock stance. Try each one for a full minute, and you will be astounded to learn that “Yoga ain’t no joke.”